Gender equality in the time of COVID-19 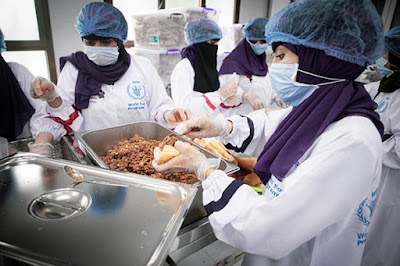 Clearly, we must fight the virus for all of humanity, with a focus on people, especially the most affected: women, older persons, youth, low-wage workers, small and medium enterprises, the informal sector and vulnerable groups – Secretary-General António Guterres

In a report published earlier this week, the United Nations Population Fund (UNFPA) points out that disease outbreaks affect women and men differently, and pandemics make existing inequalities for women and girls worse.

With women representing 70 percent of the health and social sector workforce globally, special attention should be given to how their work environment may expose them to discrimination, as well as their sexual and reproductive health and psychosocial needs as frontline health workers, the report says.

In times of crisis, women and girls may be at higher risk of intimate partner violence and other forms of domestic violence due to increased tensions in the household.

Also, sexual and reproductive health and rights is a significant public health issue that requires high attention during pandemics. Safe pregnancies and childbirth depend on functioning health systems and strict adherence to infection prevention, the report says.


“Clearly, we must fight the virus for all of humanity, with a focus on people, especially the most affected: women, older persons, youth, low-wage workers, small and medium enterprises, the informal sector and vulnerable groups,” Secretary-General António Guterres has stressed throughout the pandemic.

Five things governments can do 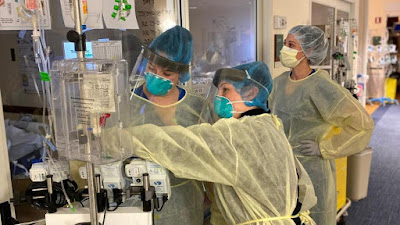 First, ensure that the needs of female nurses and doctors are integrated into every aspect of the response effort.

“At a minimum, this means ensuring that menstrual hygiene products such as sanitary pads and tampons are available for female caregivers and frontline responders as part of personal protective equipment,” says UN Women Deputy Executive Director Anita Bhatia.

Second, ensure that hotlines and services for all victims of domestic abuse are considered “essential services” and are kept open and law enforcement is sensitized to the need to be responsive to calls from victims. Follow the example of Quebec and Ontario, which have included shelters for women survivors in the list of essential services.

Third, bailout and stimulus packages must include social protection measures that reflect an understanding of women’s special circumstances and recognition of the care economy. This means ensuring health insurance benefits for those most in need and paid and/or sick leave for those unable to come to work because they are taking care of children or elders at home.

Fourth, leaders must find a way to include women in response and recovery decision-making. Whether at the local, municipal, or national level, bringing the voices of women into decision-making will lead to better outcomes. The Ebola response benefited from the involvement of women’s groups. 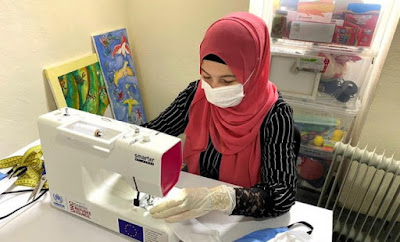 Refugees and migrants at reception centres in Bosnia are sewing masks for use by others at the centre. Photo: UNICEF/ IOM Bosnia & Herzegovina

Fifth, policymakers must pay attention to what is happening in peoples’ homes and support an equal sharing of the burden of care between women and men. There is a great opportunity to “unstereotype” the gender roles that play out in households in many parts of the world. One concrete action for governments, particularly for male leaders, is to join our campaign HeForShe.

In Guatemala, a key area of the UN team’s support is to prevent and address violence against women and girls, which is crucial when people are asked to stay at home.  Central America has one of the highest rates of femicide in the world, with violence occurring mostly at home, by an intimate partner.

In Argentina, UN Women, through the European Union-UN backed Spotlight initiative, is supporting national and local authorities to ensure continued service to victims of domestic violence.

When the coronavirus pandemic arrived in his country, Giorgi Kekelidze, the director of the National Library of Georgia, felt a new sense of urgency to promote men’s equal engagement in caregiving and household chores.

In Georgia, schools have been closed since 2 March, and a one-month state of emergency was declared on 21 March.  Prominent men – including actors, writers, athletes, and celebrities – are sharing videos of themselves reading stories to their children, an effort to encourage men to play more active roles in their families.

As an active participant in the MenCare campaign initiated by UNFPA, Mr. Kekelidze is doing his part. Videos of him reading children’s books have been broadcast on Channel One of the Public Broadcaster of Georgia, following just after the afternoon news. They are also shared on the MenCare campaign’s Facebook page. 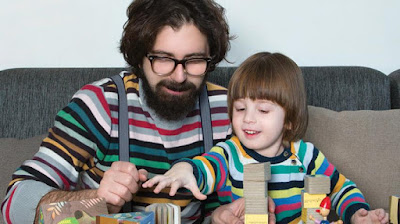 “By reading fairy tales to children who are stuck at home, we can use these magical fictitious stories to take their minds off the worrying reality,” said Mr. Kekelidze, who is also a writer. “And we men, who have pretty seldom been doing this kind of reading, will now realize what a pleasant occupation it is.”

Journalist and teacher Giorgi Liparishvili also support the MenCare campaign, saying that men are realizing how difficult it is to be a caregiver “now that every parent is a teacher, and every house is a school”.

“Participating in this campaign is a way to show women that they are not alone, and to let children feel the support of fathers, brothers, grandfathers, uncles, friends, and teachers,” he added.

A study commissioned by UNFPA last year found that fewer than 18 percent of Georgian fathers had daily involvement in caring for children under age 6. The number dropped to less than 5 percent as children reached their teenage years.

This story of Georgian fathers reported by UNFPA is an illustration of how the impacts of COVID-19 are hitting women hard, not just in that country, but around the world.

In a recent statement, Secretary-General António Guterres called for the prevention and redress of violence against women to form a key part of national response plans for COVID-19.